Consul General María Isabel Nieto echoed Adriana’s comments and expressed a heartfelt desire that the Colombian community in New York continue to support and nurture each other as family, as they finally look forward to peace and increased prosperity in their native Colombia.

YHP Authors on What’s Next for Wall Street

YHP authors Brian David Johnson and Shelly Palmer were speakers at the recent TEDxWallStreet event at the New York Stock Exchange.  The theme was “Filling the Void”.  Check out event speakers answering the question what’s next for Wall... 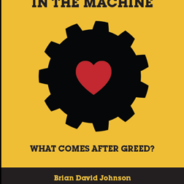 Posted by pjholt on 4:42 pm in Featured Book, News | Comments Off on Angels in Harlem 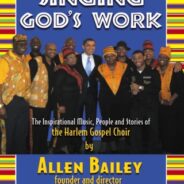 Founder, Allen Bailey, tells the story of the Harlem Gospel Choir, and life on the road singing for rock stars, presidents and devoted sold-out crowds, 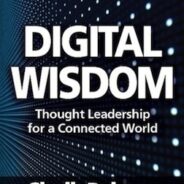 Wise Up! Digital Wisdom by Shelly Palmer offers thought leadership for success in a connected world.

Hooked Up in FORTUNE

Patricia Sellers says the hottest thing at the Cannes Lions International ad festival is how to attract Millennials to businesses and brands. She found an answer at a panel led by Jack Myers, author of Hooked Up: A New Generation’s Surprising Take on Sex, Politics, and Saving the World. 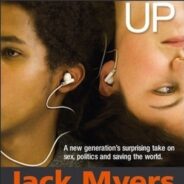 Take a look into a new generation’s surprising take on sex, politics and saving the world.

In 222 Tips for Doing Business on the Internet, internet marketing and design experts, Sebastián Pincetti and Silvina Rodriguez Picaro provide a road map for creating a website that’s effective for the owner as well as for the user. Watch the book trailer to pick up a few tips, tricks, and shortcuts, and buy the book to start your path to Internet success.

Overcoming the Digital Divide: How to Stand Out on LinkedIn

In Overcoming the Digital Divide, author Shelly Palmer shares crucial advice for developing and optimizing your online presence. Check out these ten tips to help you stand out on LinkedIn…

What’s happening to the business of Television? Television Disrupted: The Transition from Network to Networked TV (2nd Edition), follows the money and the technology that enables it.

Are You Ready for Digital Living?

Congratulations to York House Press Author Shelly Palmer’s FOX 5 show, Shelly Palmer Digital Living, has been nominated for 2 NY Emmys. You can watch every episode at Shelly’s website. If you want to know more about building your digital life, check out Shelly’s book, Overcoming the Digital Divide:http://amzn.to/oquc7m http://onlywire.com/r/71699431