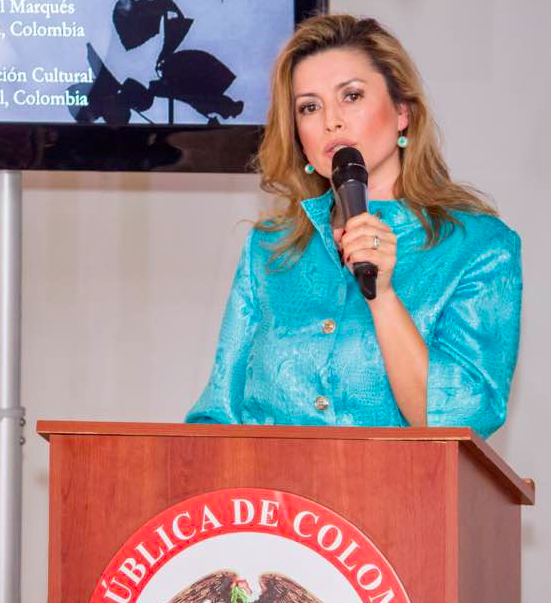 Consul General María Isabel Nieto echoed Adriana’s comments and expressed a heartfelt desire that the Colombian community in New York continue to support and nurture each other as family, as they finally look forward to peace and increased prosperity in their native Colombia.

Which Side of the Digital Divide Are You On?

YHP author Shelly Palmer tackles the growing disconnect between the digital natives of the Internet generation and those trying to keep up with tweets and tumbles in his book, Overcoming the Digital Divide: How to use Social Media and Digital Tools to reinvent yourself and your career Which side are you on? “The socio-techno divide is an upward-moving blurry line that defines the boundary between people who “get” digital by osmosis and those who have to deal with the reality that about a third of the current work force doesn’t have a personal reference for the terms “dial the phone” or “sounds like a broken record.” Are you a member of the TV generation or part of the digital revolution? It’s pretty easy to tell. The “space age” ended circa 1980 as the “information age” began. If you were born before 1980, you are part of the TV generation; if you are younger than that, you are either a digital immigrant or a digital native. Now, of course there are many variations on this theme. At this writing, I put the practical socio-techno divide between 37 and 40 years old. My reasoning and supporting research are purely “armchair.” If your idea of kicking back after a long day at school was hitting the sofa with a box of Cracker Jacks and a glass of Tang (because that’s what the astronauts drank), you’re a member of the TV generation. If your idea of recreation using a video screen includes coming home and playing a quad-split, first-person shooter on Xbox 360 with friends from around the world, drinking a Red Bull (with or without vodka) while munching on chocolate-covered coffee beans and Doritos (Nacho cheese flavor, so you cover two food groups), you’re probably not a member of the TV generation.” Check out Shelly’s book to master the tools you need to bridge the digital...

Posted by pjholt on 10:42 am in News | Comments Off on Free Excerpt: Overcoming the Digital Divide

Posted by pjholt on 6:10 pm in News | Comments Off on The Boy Who Kicked the Hornet’s Nest (and got a smack down)

Digital Living guru and York House Press author Shelly Palmer was the boy who kicked the hornet’s nest recently after he accused those of a certain age (and younger) of being “pridefully ignorant” for not recognizing the web, social media and digital tools as professional life preservers.  The blow back was instant and harsh, as certain life-long professionals, who say they get along just fine with flip phones and fax machines, started calling names and talking smack about Mr. Palmer, telling him in no uncertain terms what little respect they have for him and all the Johnny come latelies with loose lips and little discretion who run around squawking on social media.  The Shelly Palmer blog obviously did what it intended: hit a nerve by drawing the battle lines between those who can’t live without digital tools and those who can’t stand them.  But the truth no doubt lies somewhere, as usual, in the middle.  Shelly’s latest book, “Overcoming the Digital Divide”, separates noise from signal by giving digital newbies a simple, swift and expert lesson in how to make the new tools work for you so you don’t get left behind on the wrong side of the digital divide, where you are in danger of being uncool and unemployable.  “Don’t knock it till you’ve tried it!”  That’s what I say to all those of you who chirp about how inane tweeting is.  Here’s an excerpt from “Overcoming the Digital Divide” by Shelly Palmer.  Give it to the digitally challenged folks you know.  Free Excerpt: Overcoming the Digital Divide   or Buy the...

Which side of the Digital Divide Are You On?

Posted by pjholt on 6:16 pm in News, News, Uncategorized | 0 comments

YHP author, Shelly Palmer tackles the growing disconnect between the digital natives of the Internet generation and those trying to keep up in this excerpt from his book, “Overcoming the Digital Divide: How to use Social Media and Digital Tools to reinvent yourself and your career.” http://onlywire.com/r/71075863

Jack Myers is a Media Ecologist and Chairman of Media Advisory Group, which advises more than 250 media advertising, marketing, entertainment and financial services companies who subscribe to the weekly Jack Myers Media Business Report. Jack founded the Women in Media Mentoring Initiative and the Newhouse Network to support and advance diversity and the careers of young people. He speaks internationally on the impact of emerging media technologies on society, culture and business. He is a George Foster Peabody award-winning and Academy Award nominated documentary film producer and author of four books.Read More...